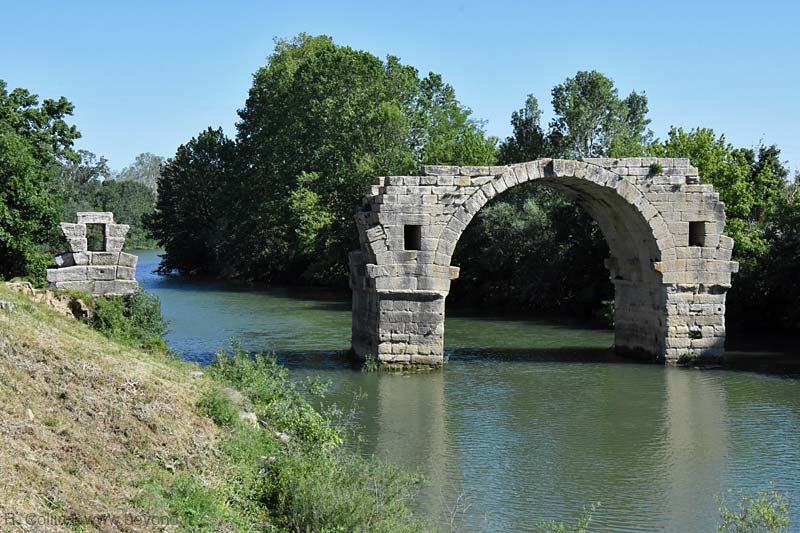 Gallery of 9 photos for Ambroix Bridge

Pont Ambroix is a 1st-century Roman bridge crossing the Vidourle river west of Nîmes on the Via Domitia road connecting the Pyrenees and the Alps.

Pont Ambroix was built in 30 BC with 11 arches to cross the Vidourle. The river was (and is) prone to flooding, called locally vidourlades, and the bridge with its supporting arches has been carried away piece by piece over the centuries.

From the time of its construction in the 1st century BC, the Pont Ambroix carried the traffic west of Nîmes continuously for 13 centuries, until 1299. We can only speculate that from this time, at the beginning of the 14th century, floods damaged the bridge beyond use and it was never again repaired.

The next visual record we have of the Romans' Pont Ambroix is this drawing done in 1623, showing four intact arches; a sketch done by Anne Rulman. 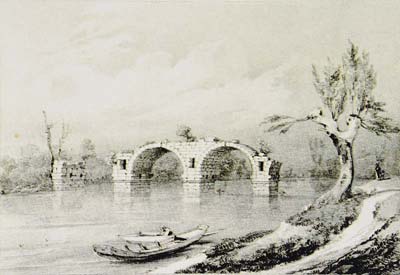 The ninth arch was carried away on 18 Nov 1745. By 1840, when the bridge was classed as an historical monument, there were only two arches remaining. This painting [photo] showing the two remaining arches was done in 1857 by Thierry Freres..

On 27 Sept 1933 the 10th Roman arch was carried away, leaving the bridge in its current single-arch configuration. 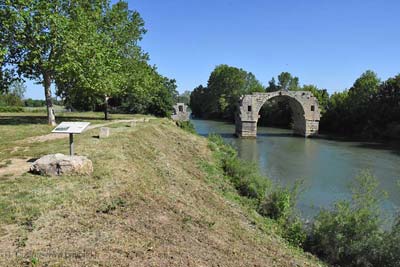 Pont Ambroix is a pretty place to visit, beside a lovely river at the Ambrussum archeological site. We recommend a dry sunny day because, even if the river isn't flooding, walking around there can be slippery in the wet.